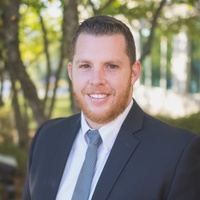 Pete Aldworth is a man of action. From the beginning of his career as a clerk at the Chicago Board of Trade to his time overseas in the Marine Corps, he has been on the front lines. He began his finance career early as a high schooler clerking for several traders in 1999 at the height of the tech boom. The following summer, he clerked again, but things were far different as markets were struggling from the tech bust. Pete learned a valuable lesson about the risks that exist in the markets from this experience early in his career. Euphoria can change to heartbreak in the blink of an eye.

After spending many years as a trader, following in his father’s footsteps, at the Chicago Board of Trade, Pete joined New England Financial in 2012 as an investment manager. In 2013 Pete joined HighPoint Advisor Group and is now the Director of Investment Operations for Indigo Wealth Advisors. He directs investment allocations, conducts security analysis and review, and manages model portfolios for the firm’s clients.

In his work, Pete is driven by the knowledge that he and the Indigo team are not only managing their client’s money, but they are also managing a lifetime of work, savings, sacrifice, hopes, and dreams. He sees the assets the team manages as much more than dollars; they represent real people, good families, and financial freedom.

Pete graduated from DePaul University and holds a bachelor's degree in Ethics and Global Business Development. He is an avid traveler and has been to 13 countries and 37 states. Each year he visits at least one new state to pursue his goal to visit all 50. Pete currently lives in Downers Grove, Illinois.

Pete currently holds FINRA Series 7 and 66 licensure and is the Director of Investment Operations for Indigo Wealth Advisors.